07 5451 1118
Blog
MJJ Accounting and Business Solutions / Compliance & Record Keeping / How Much is Not Paying Your Employee Super on Time Costing You (ie After Tax)?
Mar 17

How Much is Not Paying Your Employee Super on Time Costing You (ie After Tax)? 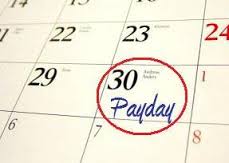 A common issue arising is business owners not paying the staff super on time. This can have a significant impact on the tax for the year – as Super is only deductible if PAID ON TIME. If it’s paid one day late the tax deduction is lost. Because of this, super could be considered more important than paying your suppliers on time (as the deduction isn’t lost if the supplier is paid late).

When is Super Due?

Super is due 28 days after the end of quarter:

How Much Can I Lose by Paying Super Late?

It depends on how much super is due and your tax structure. But here’s an example:

We are a small business accounting service located on the beautiful Sunshine Coast and would appreciate the opportunity to help you, your friends, family and colleagues. Contact us on 07 5451 1118 for an obligation-free confidential discussion today.