We all know that once our tax return has been lodged we can be audited at any time by the ATO and they can go back for 5 years, for some people this can be very stressful. In a major reinvention of the ATO, they are going to start communicating the likelihood of an audit occurring to you. They are doing this by issuing OK letters”.

If you receive one of these letters stating your tax return for that year was OK, in the eyes of the tax office, that tax year is closed from further review, audit or any kind of compliance activity. However, it is still important keep your records, on how your tax returns were put together, particularly in the cases of capital gains (CGT).

When will we start receiving these letters? The ATO is hoping to start sending out these letters in September this year. However, this is a pilot program and may have a few glitches, so don’t be too worried if you don’t receive one straight away. For the 2015/2016 tax year they are hoping to have the letters out within four weeks of receiving the completed tax return.

What happens if you don’t receive an OK letter? Well that means something was picked up by the ATO that may need further investigation. However, this is a new program and we do not know what percentage of tax payers will receive OK letters. In the first few years not receiving an OK letter, will not automatically mean you are to undergo an ATO audit. It just means there is a possibility of and audit occurring, weather it being a 1 in 10 chance or a 1 in 10,000 chance, no one will know until the program has run for a longer period of time.

For more information on this and other initiatives occurring at the ATO click the link below; 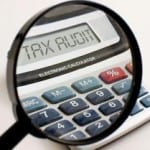