Taxman Cashing in on Cryptocurrency Boom 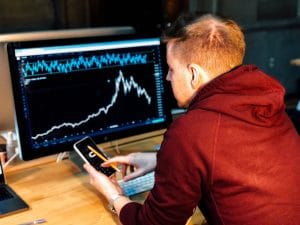 We have all heard about the hype around cryptocurrency and especially Bitcoin.  If you were lucky enough to buy some of these currencies and have made a tidy profit, or if you are looking at entering the cryptocurrency market you need to know the tax implications of bitcoin.

It all depends on what purpose you use the cryptocurrency for as to what part of the tax act will apply.

Where a person acquires bitcoin with the intention of speculating that the price will increase, then any profit made may be fully taxable. For example;

“They think, ‘that’s not bad’, and decide to buy some more. And they keep buying more and more.

Even though each transaction might be worth less than $10,000 all of a sudden there is a pattern to suggest you are buying with the intent of making a profit, which means any gain might be taxable as income.

If you have acquired bitcoin for a purpose other than a profit-making undertaking or business, then any profit made may qualify for the capital gains tax 50% discount.

Let’s say you purchased bitcoin about 13 months ago. The price was $700. You bought 1 bitcoin because you heard about it on the Internet and wanted to get some for yourself to see how it worked and also hoping the price appreciates so you can sell later for a profit. You have now sold the bitcoin for $5,000 and made a profit of $4,300. Since you have owned the bitcoin for more than 12 months, and this is not a profit-making undertaking or business, you are only taxed on 50% of the profit.

It is important to note that had the above bitcoin been owned for less than 12 months, then 100% of the profit would have been taxed. The scenario above is not likely to be a profit-making undertaking because the amount invested is small and although the person was hoping the price increased, this was not the only reason they purchased the bitcoin.

Generally, there will be no income tax or GST implications if you are not in business or carrying on an enterprise and you simply pay for goods or services in bitcoin (for example, acquiring personal goods or services on the internet using bitcoin).

Craig can’t help but embrace technology and in 2013 he bought $4,000 of Bitcoin with the intention that, once it became more widely accepted, he would use it for everyday purchases. Four years on and he still has the original tranche of Bitcoin, only now it is worth $20,000.

Over the course of 2017, Craig spends it on clothes and a gym membership.

He will pay no tax on the $16,000 gain. Had Craig purchased more than $10,000 originally, thus exceeding the personal-use asset threshold, he would need to declare the difference – $10,000 – as a capital gain in his tax return.

As you can see trading cryptocurrencies has a variety of tax implications and it is best to contact your accountant if you have any questions about how yours will be taxed.

We are a small business accounting service located on the beautiful Sunshine Coast and would appreciate the opportunity to help you, your friends, family and colleagues. Contact us on 07 5451 1118 for obligation-free confidential discussions today.