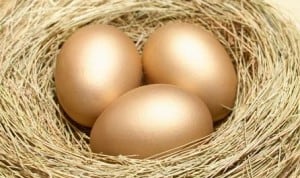 This is the big area of change and where we see most people will be affected either negatively or positively. We have summarised the changes below:

These are contributions for which you claim a tax deduction. Be it the 9.5% your employer makes, or the amounts you salary sacrifice.

In our opinion, this will greatly restrict those from their late 40’s to 60’s to save adequately for their retirement. This is the time when the children leave home and the mortgage is under control that people have additional income they can sacrifice into Superannuation.

Unused concessional cap amounts will be able to be carried forward on a rolling basis over five consecutive years. Access to the unused cap amount will be limited to individuals with a super balance of less than $500,000. The Government has highlighted this as an area for women who have had a break from the workforce.

However, it does appear available for everyone. This could be an area for planning if you are going to have a considerable capital gain in one year from the sale of assets.

We thought they might reduce the yearly contribution threshold, but instead they have introduced this lifetime cap of $500,000, which is effective from the date of the Budget announcement.

One benefit here is that those between 65 and 74 will have this cap rather than the previous $180,000 yearly cap and no work test (addressed below).

This is a win/lose rule. For those already at the limits if you contribute anymore you will be penalised. This also affects those that had retirement plans to sell assets and invest money into superannuation for their retirement.

It will also affect those business owners who were looking at transferring business property into Superannuation for asset protection as an in specie contribution. This is an area where planning will be required to maximise the long term benefit of Superannuation.

4. Removal of work test between 65-74 and eligibility for them to also make concessional contributions from 1/7/17.

This is great for those with investment earnings in their personal name or large capital gains after they retire to be able to contribute to Superannuation. The negative is that there is now the reduced limit to the contributions as we discussed above.

The proposal is to restrict the amount an individual can have in pension phase as $1,600,000 (in this phase there is 0% tax paid on the earnings). The balance over this will need to be invested in accumulation phase whereby tax will be payable on earnings at 15%.

For funds with limits over the $1,600,000, there are 2 options for the amounts over this amount: rolled back into accumulation phase from pension phase or withdraw from the fund by the 1/7/2017.

The issues long term here are when investments values increase significantly during the year the Fund could be over these limits. Also, it will be important for individuals to review their estate planning as whilst they may be under now if they inherit their partner’s superannuation this may then put them over these limits.

It is important that if you are in this situation that we start looking at strategies now. It is possible to have amounts invested outside superannuation and still be paying less than the 15% tax.

6. Removal of earnings tax exemption for Transition To Retirement (TTR) Pensions from 1/7/17.

This will apply to existing pensions as well as new pensions. Currently for those working who elect to take a TTR pension the earnings of this portion of the Fund are taxed a 0%. The proposal is to remove this and have the earnings to continue to be taxed at 15%.

Therefore going forward TTR’s for those aged between 55 and 60 will be less viable options. For those aged between 60 and 65 it will be important to review if it is still a beneficial strategy. We can understand why this has been put in place as the current legislation is potentially not working how the government had intended it to work. However, when implemented correctly it did assist people in saving additional assets for their retirement.